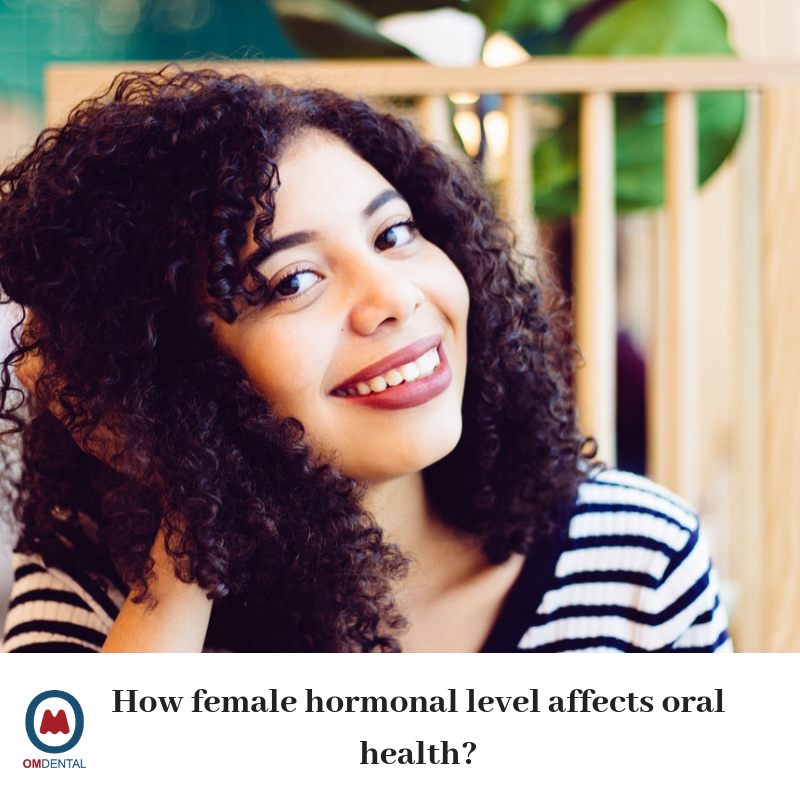 So far, hormones were known to trigger mood swings, sexual desires, anxiety and much more but there is more your hormone levels can do. They affect your oral health as well. There are several types of research that show how women oral health is susceptible at different stages of her life and what role hormonal difficulties have to play. Broadly, there are five different stages where the hormone level of the female body widely affects the oral health. Here is how Dentist in New Britain, CT explains these stages and offer some help in dealing with them:

This is the time when new hormones start secreting in the female body in heavy quantities.A common effect of the overflowing hormone is high blood flow in the gums. This can widely affect the way in which gum tissues react to the plaque and make them sensitive. It is common to find minor bleeding on your toothbrush or floss when you are at the puberty stage.

Experts say that the menstrual cycle is a critical time for the body as it has many hormones racing from one part to another. The high level of progesterone, which is one of the primary hormone released in a female body during the menstruation cycle, have significant effects including swollen gums, canker sores, sensitive salivary glands, bleeding and aching gums and more.

A pregnant woman experiences a fluctuating flow of hormones. This makes the oral cavity very vulnerable and the chances of contracting various oral diseases are higher than normal. One might develop Gingivitis, which is an early stage of a more gore oral disease. Frequent visits to Dental care clinic center are recommended to avoid serious gum issues. To avoid gingivitis, one must pay high attention to oral hygiene during the second and third trimester.

While menopause comes at a later age, there are many other oral difficulties related to this stage. Females’ report of a toothache, sensitive teeth, inflammation, and anoral condition named as xerostomia where one can feel; a dry mouth all the time. Tooth loss is often a result of the loss of bone density, which is an outcome of rising estrogen levels.

If you are experiencing any of the above-mentioned symptoms, contact your family dentist in New Britain is the best remedy.