What is the role of canine teeth? 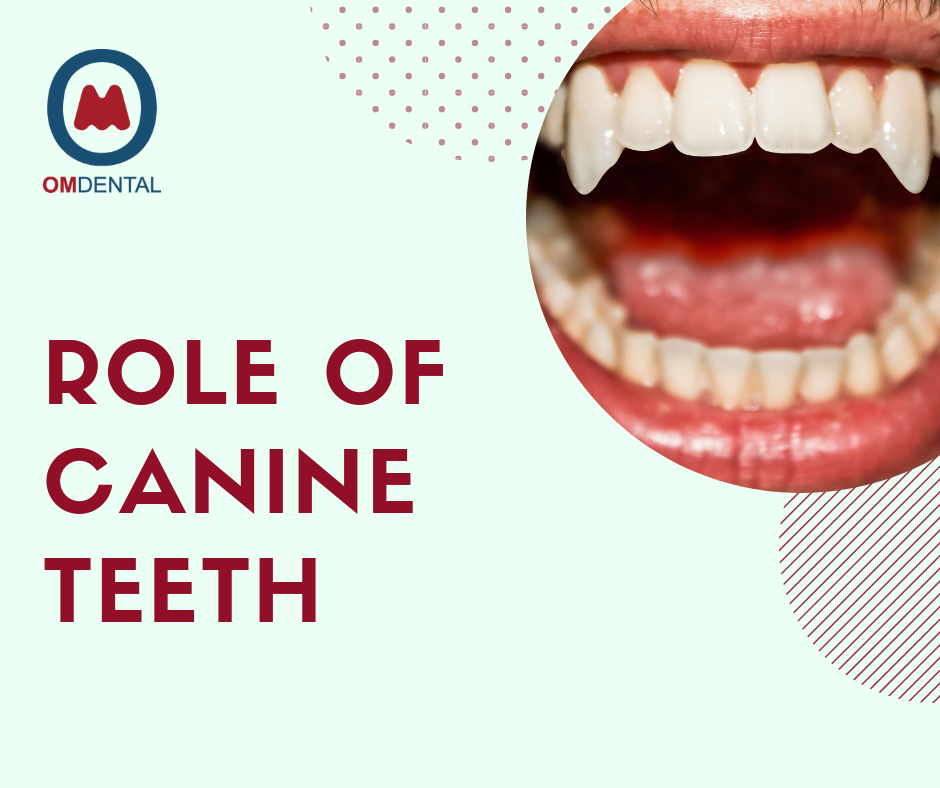 It is no doubt a notion that the teeth and the structure of your mouth can play a very important role in your ability to speak, eat and stay healthy. But there are a lot of us that take our teeth for granted until something goes wrong with them. If there is a brush up on your dental health knowledge, you will surely take the first step in giving the teeth important and careful attention by visiting the dental care clinic center.

So let us focus on the role of canine teeth in this post.

The four canines are said to be the sharpest teeth and are mainly used for tearing and ripping of the food. The primary canines appear between 16 and 20 months where the upper canines appear just ahead of the lower canine. But in the permanent teeth, however, the order is reversed. The lower canines erupt at the age of 9 while the upper canines arrive around 11 and 12 years of age. The canines are at the ‘corners’ of the dental arches. The canines have the longest single root of any tooth and have a single cusp.

The reason why it is called a canine tooth is that they resemble dog’s fangs and although the human canines are not as long or as sharp as a dog’s mouth, they are in the same position and are longer and pointed than the other teeth in the oral cavity of the human being.

One should note that the gum tissue around the canine teeth is vulnerable to erosion because of the position in the mouth. It has been noted according to the Dental Press Journal of Orthodontics that maxillary canines and mandibular incisors are the most common place for gingival recession. The canine teeth receive more pressure when brushed because they are said to be prominent on each side of the incisors. In order to reduce the risk of declining gum tissue around the canine teeth, it is essential to brush teeth with softer bristles because it helps protect the gums and enamel surfaces.

If you feel you need a check-up of the canine teeth, you can always visit a family dentist in New Britain. In this context, Om Dental has one of the best dentists in New Britain, CT. It is important to take care of your canine teeth because they can serve you well for a long run